Hiya! Thanks for hanging out with me.

So I’m finally facing the music and I’ll share with you exactly what I mean. I’m about to give you the back story to the title of today’s blog post.

Where do I start? It’s been such a long time that it’s hard for me to remember. So I’ll just start by saying for the longest time I was working on my music because I wanted to be a solo artist. So I spent days, years even working on my music. Writing, recording and trying to build up new material. Cause as you know as time moves forward things change. I’m trying my best not to go too far off-topic or delve way into the past, but to share just enough that you understand where I’m coming from and why I feel the way I feel.

From about 2008 to 2018 I’ve accumulated a lot of material meaning music that I’ve written and recorded. Some of my songs were finished products and some weren’t. Some songs took me months or a year to finish due to writer’s block. I would say around 2017 something happened to my computer where I lost some of the songs that I recorded. I couldn’t get those songs back. So what did I do? I got really pissed off 😡. Turned out that I was able to save some things but others I wasn’t so lucky at saving. For the things I lost, I just went on ahead and recorded the material over. Some things I realized that I couldn’t get the music I originally had anymore which was a fatal blow to my mind, which made me feel even angrier than what I was. 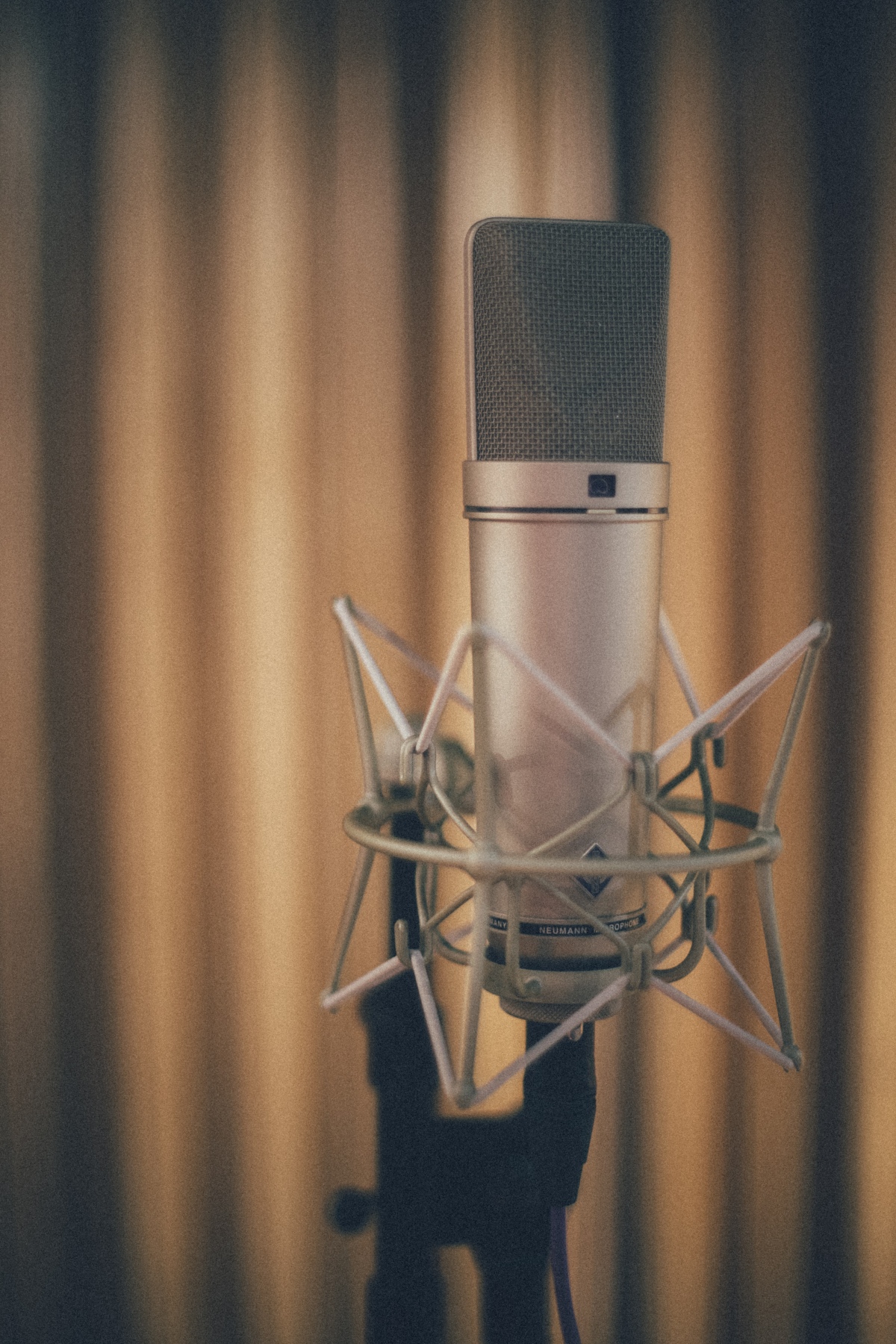 I finally got over it and told myself maybe I could focus on some new material. So I did just that. I wrote and recorded new stuff that I fell I love with. Finished some stuff that was just sitting. Once again I still had accumulated a lot of material. Material that I was hoping to see as a finished product. Then one day sometime in 2018 my computers hard drive stopped working. It was my external hard drive that I used for music. It gave out on me and with that once again, I lost all my music that I had been working on from 2010 to 2018. That just completely ruined me. The work, time, energy and effort of creating new music and finishing old material, all just gone. 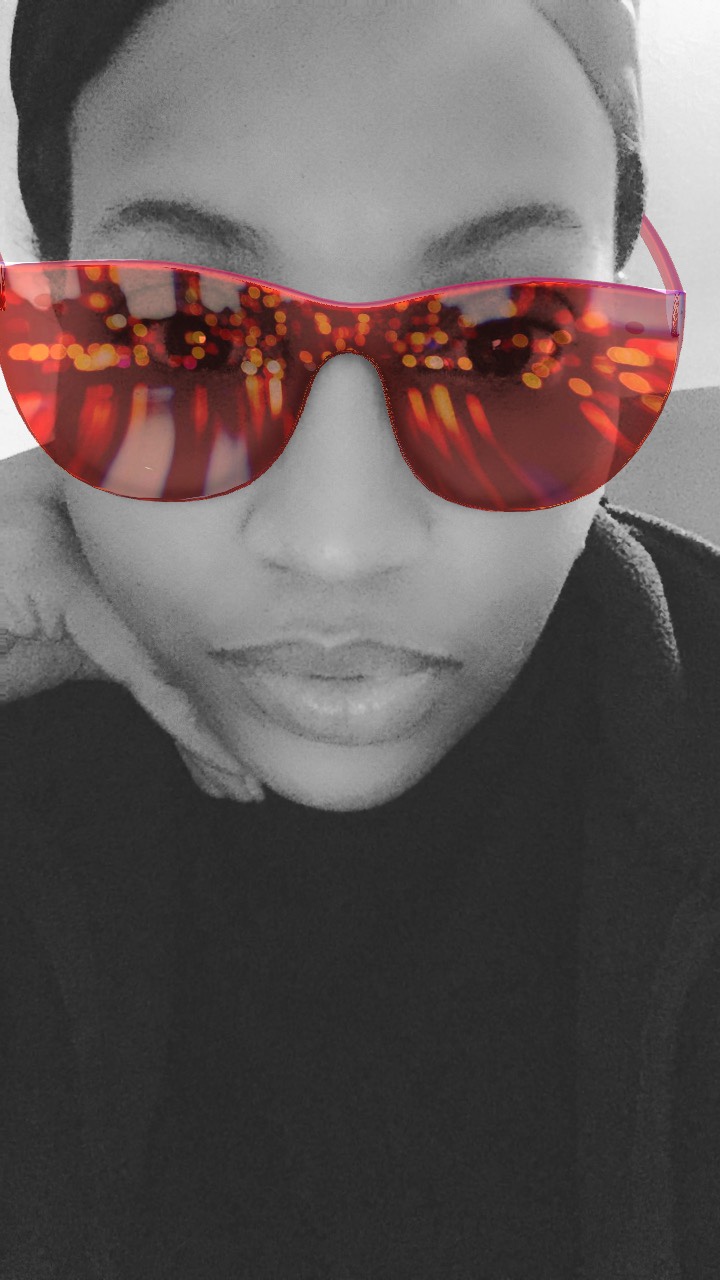 I was truly depressed behind this. I cried for so long and I told myself that I was done with working on music. I was angry for a long time. Part of me was angry at my husband for a long time as well, because I felt if he would have just mixed my music for me when I was finished recording, I wouldn’t have this problem now. Sometimes it just felt like he didn’t want to do it, so I stopped asking.

I really wanted to kick myself because one day my husband had asked me to send him the songs that I completed so he could mix them for me. I didn’t take him seriously because he mentioned it to me a few times before in conversation and never got around to it. I sent him a couple of things but not all my songs. Shortly after that my hard drive stopped working. I honestly wanted to scream like a madwoman. I started thinking about all the years that have passed by and the songs I created within that time have all disappeared. My heart was broken. Can I recover my material? I started going through my old notebooks where I’ve written my songs and believe me I have lots of them. Hoping I could just record the songs over. The harsh reality hit me that it wasn’t going to be easy.

I’ve been using this website called SoundClick since 2004 or 2005 where you could get free beats to write too. A lot of my tracks, I’d gotten through the website for free. Well, years have passed by since downloading that material. I realized most of the music I’ve accumulated was no longer a free download or available. Now I was completely crushed. How am I going to record my music over if I don’t even have the instrumentals? I became pissed off all over again, which led to more tears and more depression. I ranted at work about it to my co-worker for weeks. I just couldn’t understand what was happening. I thought it was god trying to tell me music was not for me. Just give up, which was exactly what I wanted to do. After that ordeal, I tried a few times to sit at the computer and attempt to record some of my old stuff. Somethings I did over but it wasn’t the same. It didn’t have the same feel or energy some of my arrangements were different. That drove me crazy.

I learned that I have to do a better job of organizing my work. The way I write sometimes can be all over the place. I had a mini-cassette recorder that I would use when I was writing a song or needed to record my melodies. Well, that stopped working so I decided I would buy one off of amazon until I saw that they wanted anywhere from $100 bucks to $300 for a cassette recorder I only paid $40 bucks for it a few years ago. I’m not exactly sure when things became slightly okay again for me. Several times I would sit at my computer and try and work on music but I couldn’t. I would get angry, I tried working on a few new songs but that just fell by the wayside. After a while, my whole computer just started acting crazy so I stopped using it. I started to believe that I wouldn’t be able to record and It will be a while until I could get a new computer. I was over it and I had it in my head I’m just fine without my computer.

I learned to adjust without it. Okay fast forward 2019 December 18, it’s blog it Wednesday and I should be working on a blog post, but I didn’t. I decided to work on some music. Here’s what I didn’t tell you, my husband ended up getting me a new Mac computer so I can start recording again. I love the computer but it hits a sore spot for me when I think about music. My husband was able to save a few songs for me, but I realized that the songs I had in my iTunes on my other computer were completely wiped away so I couldn’t transfer them to this computer. Anyway fast forward to last week Wednesday, I had a sudden burst of energy to sit at the computer and work on some music. Not just new music but my old music. I took a look at my music folder to really see what songs he was able to save. Then I logged back into my SoundClick account and viewed all my music folders to see what songs I could re-download. Next, I took a look at my iTunes and checked to see what tracks my husband was able to transfer into my iTunes. I opened up protools on my computer and set up new recording sessions. 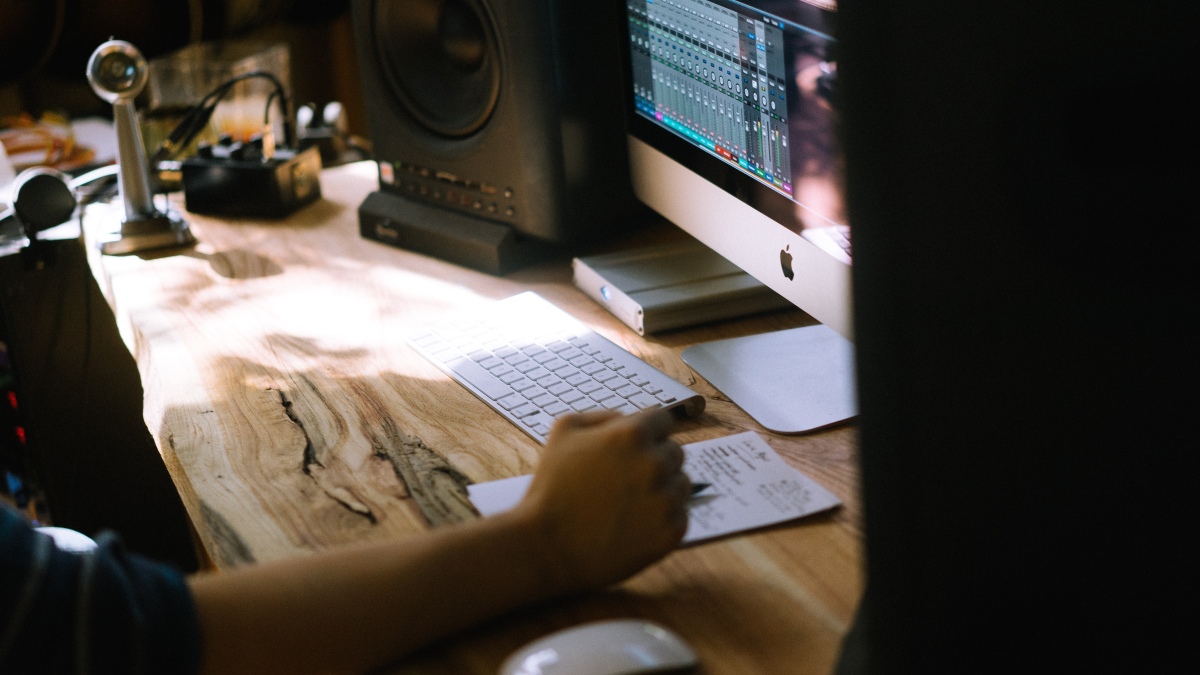 I couldn’t believe that I was finally in a good place to try and attempt to record some of my old songs. I will admit that I did become a little frustrated but not to the point where I felt depressed or angry. More than enough time has passed by where I realize that I can’t change what happened and it is, what it is.

I have felt this energy for the last couple of days to work on music. I haven’t felt that way in a long time. I’m finally facing the music and with that create new music I can also fall in love with like I did before. Granted it may take me a while to build up the material I had before, but I’m ready to get back into the saddle and ride this through. It really feels good to know that I can face the music once again.

Have you ever been passionate about something or created a work of art that just means the world to you, then have it all slip away? If so, sound off in the comments below and let’s talk about it.

Let me just start off by saying that I’m not a big fan of winter. I was born in the spring and I love summer. However, there are a few things that I do like about winter. 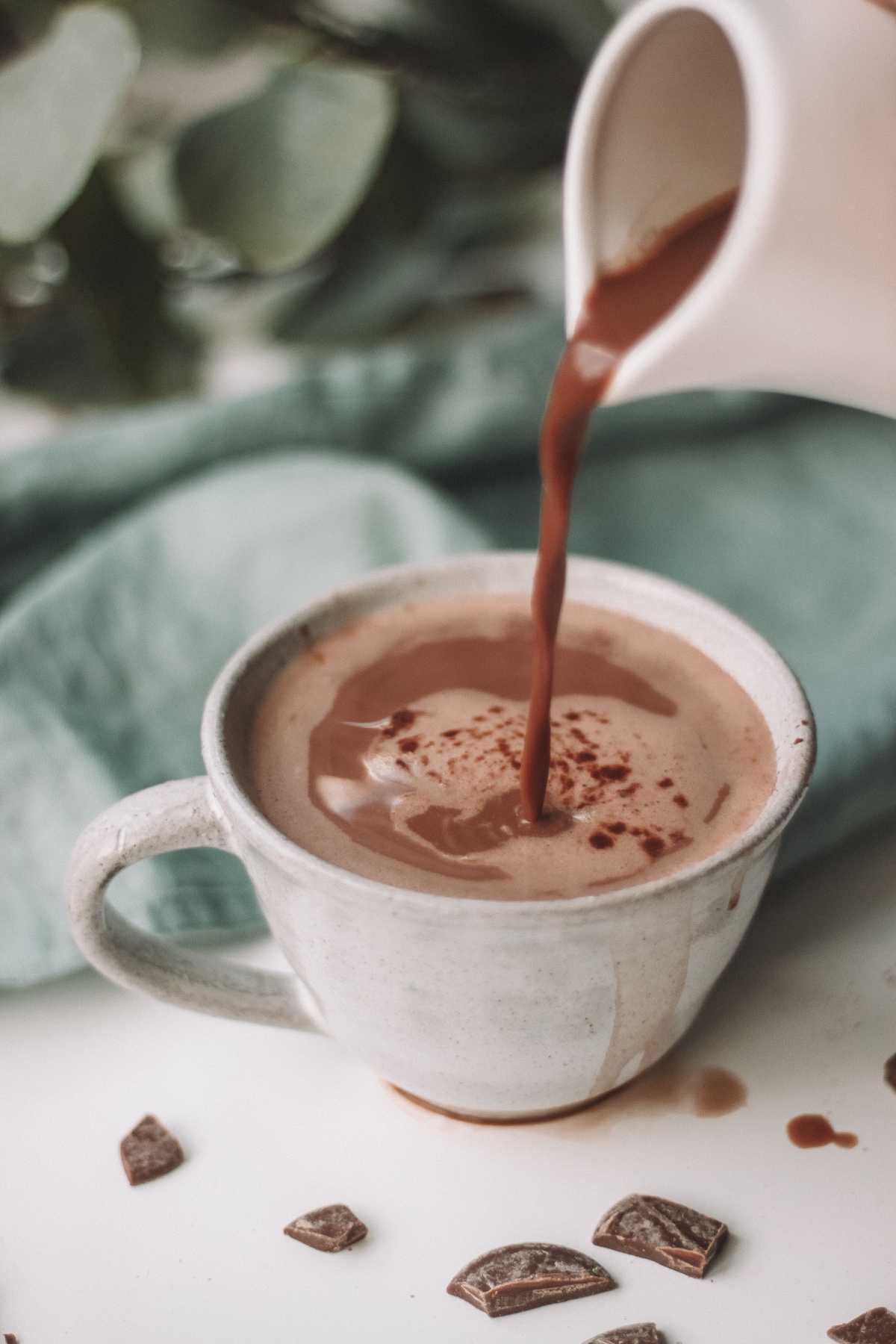 1. Hot Chocolate or Cocoa – I love indulging in a nice cup of hot cocoa during the winter. I mean, after all, it’s the perfect time of year to drink it. Now I know that you can enjoy hot chocolate all year round, but it’s mostly consumed during the colder months to keep you feeling warm and toasty. Now I will admit that I’ve really enjoyed drinking the Swiss Miss Dark chocolate hot cocoa. It’s absolutely delightful. I’ll be shopping for some new mugs this weekend for my daughter and me that represents the holidays, this way we can kick back and drink our hot cocoa together. 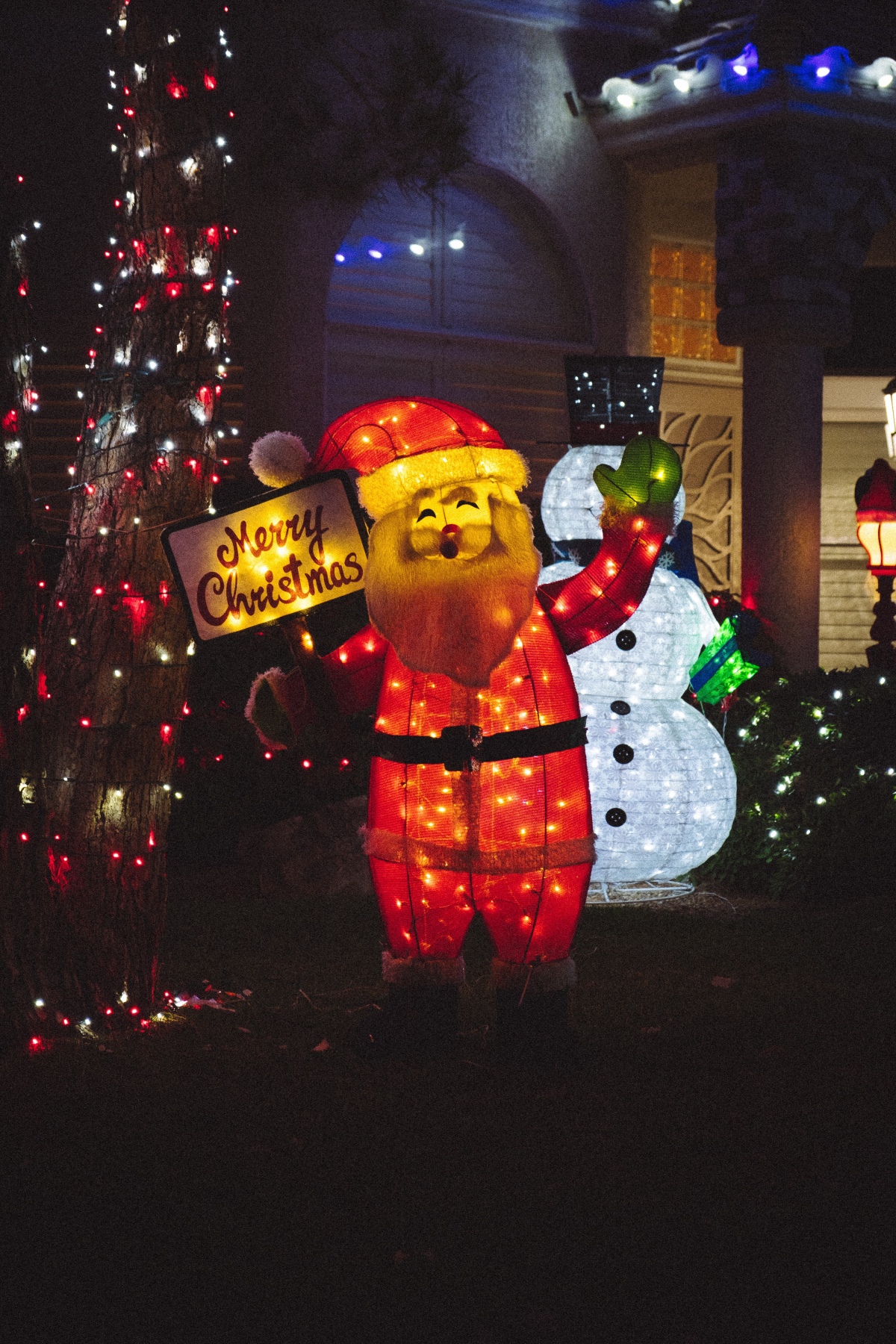 2. Holiday Lights – I absolutely love getting together with my family & my sisters and their families so we can all go see the holiday lights. It’s the perfect time for a family outing. We get to enjoy hot cocoa, s’ mores or roasted marshmallows while viewing all the breathtaking holiday lights. This year we will be attending Holiday in the park at Six Flags for their holiday lights setup, not to mention we will also have some fun on the rides. 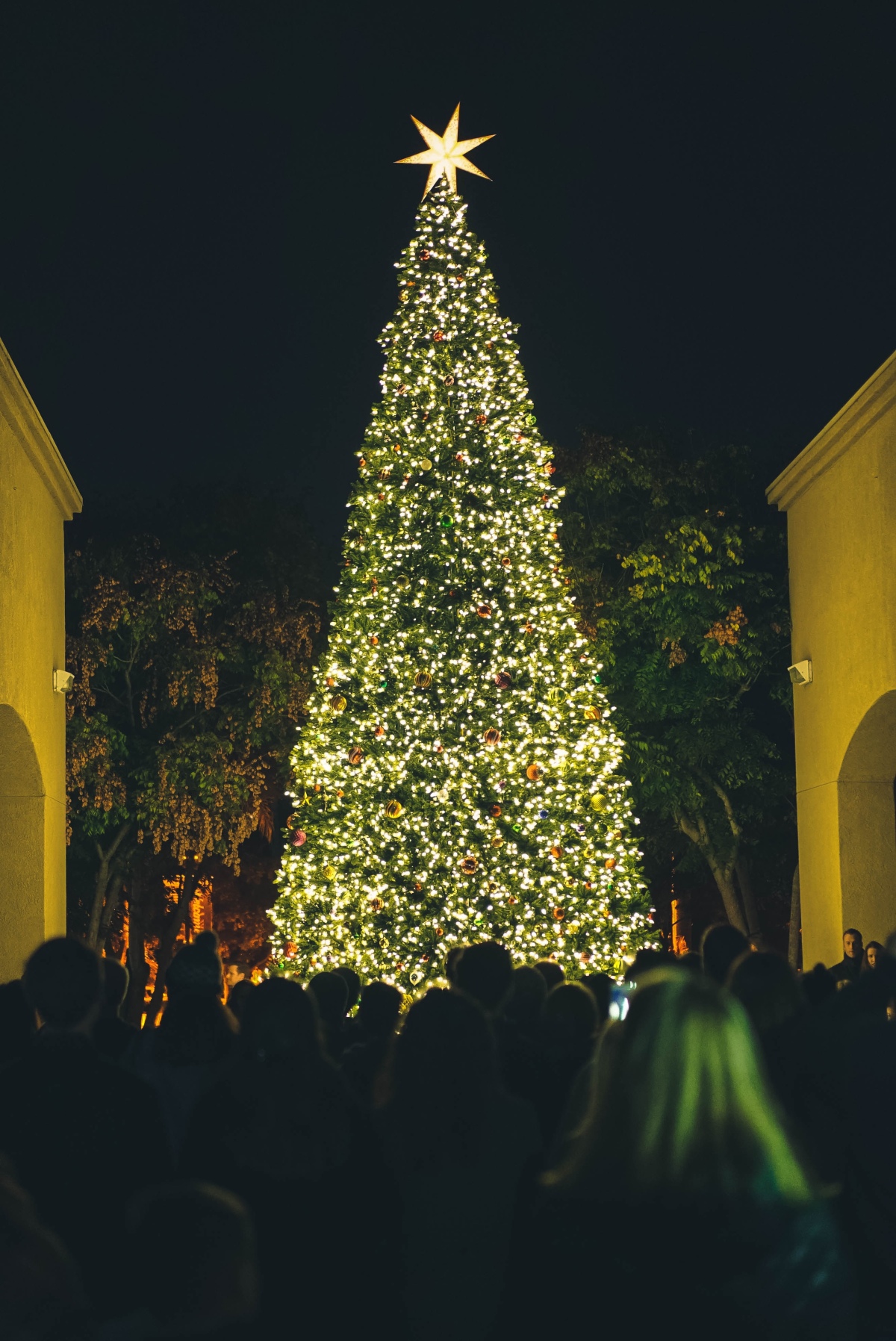 4. Attire – all things warm. During the winter I love dressing up in my favorite sweater or boots. I’m so big on sweat pants and shirts. I think it’s really hard to find a nice heavy but soft and cozy sweatsuit. I like to bundle up when it’s cold so I love scarfs, hats, gloves and thermal socks. All things warm makes me truly happy.

5. Holidays – Enjoying the holidays with family is always a blessing and fun during the winter. I look forward to spending Christmas Eve with my sisters and their families, as we do I our gift exchange. I enjoy getting up early on Christmas Day and watching my daughter open her gifts as my husband and I take pictures and video. I love watching Christmas movies with my family that I enjoyed as a kid. My husband will make breakfast and we’ll sit at the table and eat, as we finish calling up relatives to wish them happy holidays. Only to take some time and relax then prep for the evening to spend time and have dinner at my sister-in-law.

Share with me in the comments below what you love about winter.